The final was between George Robson from Fulford Golf Club and Dan Thomas from Shipley Golf Club.

The match was tied after 18 holes and went on to the 20th hole where Dan Thomas secured victory to become the 2019 Champion.

Dan is shown above collecting his trophy from the YUGC President Kevin Tucker and the image below shows Kevin with George. 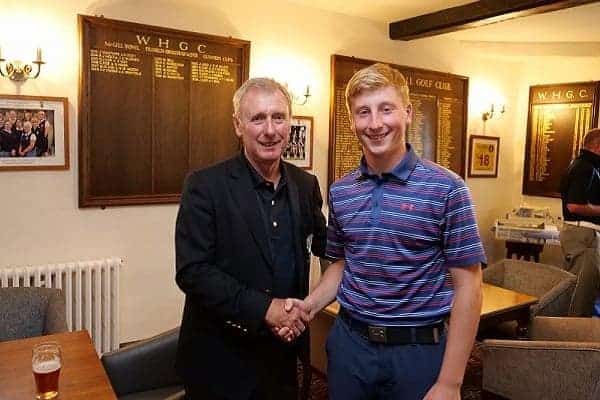