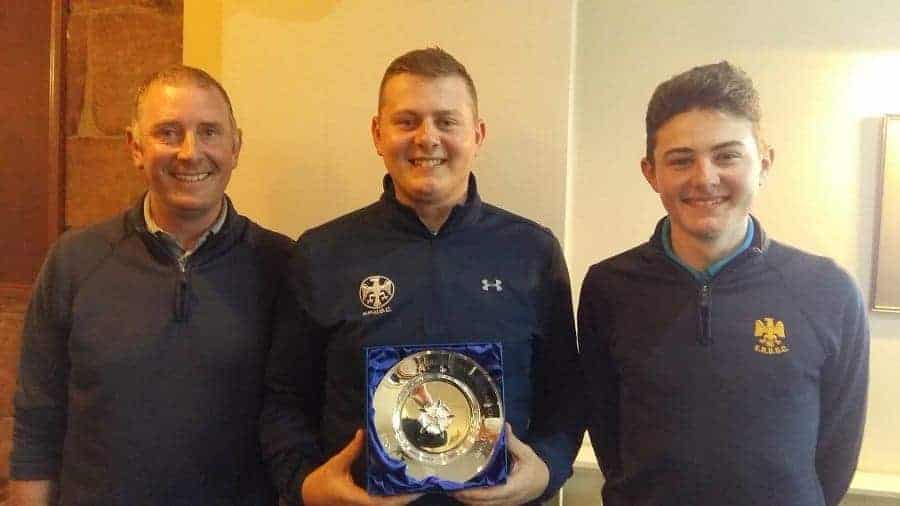 It was another fine, sunny, but somewhat windy day at Halifax Bradley Hall for Yorkshire’s 6th Division Team Championship, but it was the scene for some remarkable achievements by the team from Bridlington which had won promotion from the 7th division.

Firstly, the team members were from the same family; Steve Raybould was partnered by his two sons.

Secondly, they won the Horsforth Bowl by a substantial margin; 15 shots.

But most astonishing was the golf of Nick, who having shot 80 in the morning, was not sure if he could complete the afternoon session because of injury. Beware the injured golfer…Had Nick not bogeyed the 9th hole, he would have been out in 29. A relatively benign 36 strokes in totalled a score which was 4 strokes ahead of the next best.

This was achieved on a background where not one single golfer got into the buffer zone in the morning, Nick’s brother, Matty, scoring the best round of 73, and CSS went up 3 in the afternoon.

The other clubs gaining promotion to play at Wath were.: Ripon City, West Bradford, York, Teesside and Low Laithes.