The 2017 Yorkshire Seniors and Veterans Championship at Sand Moor attracted a number of first time entries from newly qualified ‘old boys’ with seven Scratch players and a total of nineteen players on 3 handicap and under, possibly the strongest field to compete in the Championships.

Inevitably Richard Norton (Beverley & East Riding) the player with a Plus 1 handicap declared his intentions to make his mark in County Seniors competitions by posting the lowest score of the day in the first round (72) to lead by one stroke from fellow new boy Andy King (Garforth) (73) and Mark Lawson (Garforth) (74) .

On the second day Richard struggled to come to terms with the excellent Sand Moor greens and posted a disappointing score of 79 and the clubhouse lead of 150 but behind him Johnny Lawrence (Moor Allerton) started his round with an albatross 2 on the first hole and came in with the lowest score in the competition (69) and set a tough target of 147 for the Championship.

Ex County Captain and first time Senior, Andy King, produced a second round score of (73) to take the lead on 146 but was conscious that his club team mate Mark Lawson was playing well, having pipped Andy earlier this month to win the Leeds Union Seniors title. Mark came in with a fine round of (72) to tie with Andy but took the title by virtue of the better second round score. 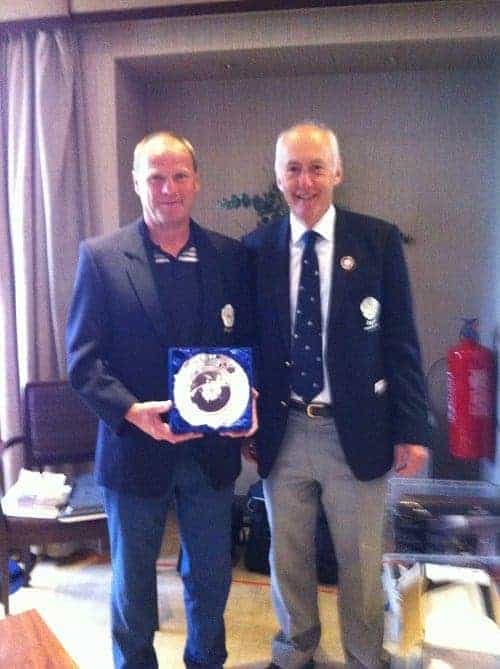 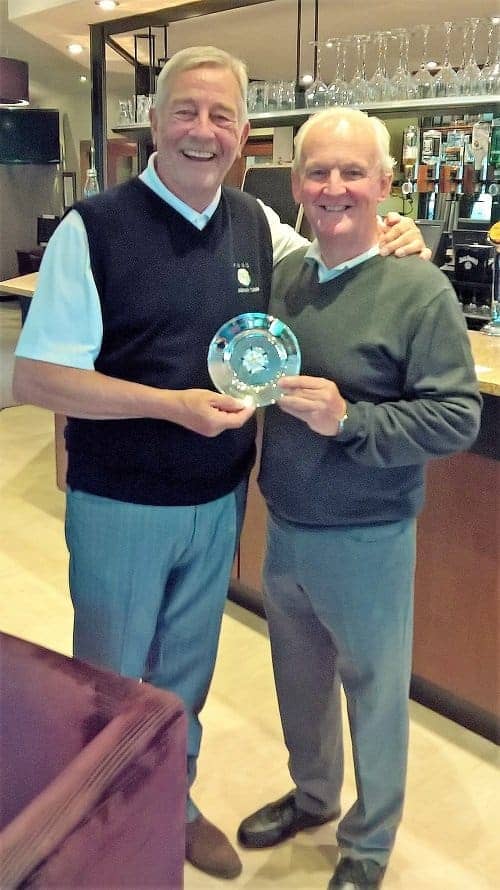 Brian Witty(Scarborough NC) won the Category D Age Group 70 and over for the second successive year with a score of 163.

Marshall Newman( Moor Allerton) cured his putting problems on the 15th hole by holing his tee shot and generously buying drinks all round to end a great Championship.