The 2017 Yorkshire Boys’ Amateur Championship was held at Harrogate Golf Club on Wednesday 31st May.

The day was fantastic – sunny, a light breeze, and hot, with temperatures around 22C – sun cream definitely needed. The course looked immaculate, with the greens cut and ironed. The course is quite short at 6220yds and very tight – it certainly is a ‘thinking course’, and managed play was required.

Jack Ward of Harrogate GC got proceedings under way. The field was one of the lowest-handicapped in its history, with a number of good players unfortunately balloted out. The quality of golf was tremendous. The leader in the morning was Henry Croft (Ilkley) with 69 level par, closely followed by Alex Fitzpatrick (Hallamshire) and Charlie Daughtrey (Rotherham) with rounds of 70. Close on their heels was Isaac Turner (71), followed by George Nicholson, Will Eardley and Harry Mowl (Under 16 Leader) all with 72.Then came a cluster of players with 73 & 74, so all was to play for in the afternoon.

Henry Croft faltered in the early holes and couldn’t pull it back. The players found the greens difficult, but thought the course was set up well, but with a few difficult pin positions. Harry Mowl (Crow Nest Park) kept his composure in the afternoon and came out the winner of the Neil Hardman Salver for the lowest score (72 + 73 – 145), for an Under 16 Boy.

Competition was fierce between the leaders for the Boys’ Championship. Alex Fitzpatrick continued to play sensible golf, but he had several players chasing hard. Charlie Daughtrey was one under after 9. James Swash (Middlesbrough) was also pressing, along with Alex’s playing partner, Michael Hay. Michael unfortunately came to a sad end at the 18th where he went OB twice on his shots to the green, to finish with a nine, and a 74. Charlie three-putted 15 and then proceeded to lose a ball on 16th which ultimately ended his charge. James plugged away and came in with a final round of 67, two under for the lowest round of the day! 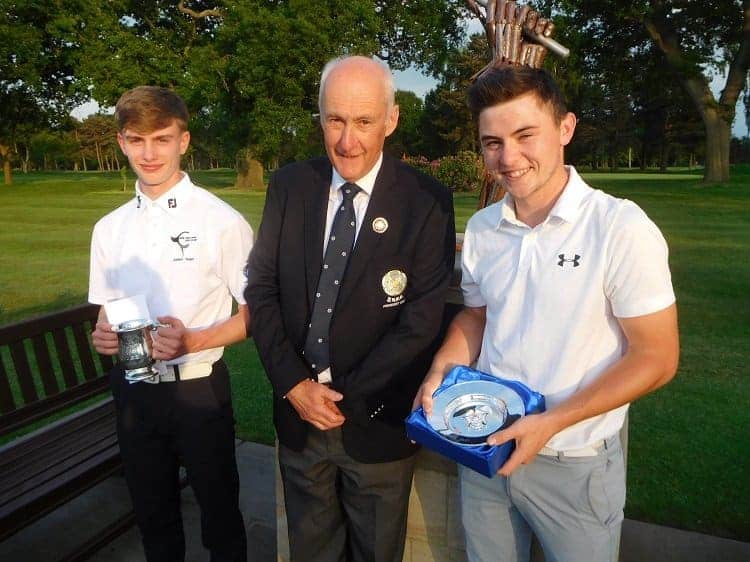 1st Round 33 putts 2nd round 34 putts nothing would drop. 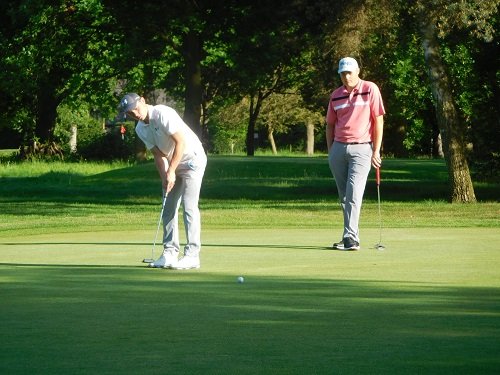 His only birdie came in the first round at 14th where he knocked his second shot to 7ft and holed.

He had a double bogey in the morning round on the 12th where he was heavily plugged in the right hand trap after hitting 8 iron, but was short-sided, didn’t get it out first time – then two-putted. The unfortunate part of this was, I was watching at that hole! Not good!

In the afternoon he had 36 pars.

He was absolutely chuffed to win, as this was his first competitive game since the Jacques Leglise Tournament back in September 2016. He has had his head in books for the last 6 months and more – at the moment he is studying for those dreaded exams! So he was really happy to play – never mind win! He thanked his playing partners, Michael Hay and Dan Bradbury (Boys’ Captain) for their support.

He had 7 birdies in total all day, this included birdieing the 4 par 5’s 3 times

In the 1st round his worst hole was the 12th (surprise, surprise!!) where he had a plugged ball in the right hand bunker, again failed to get out, and two- putted.
In his 2nd round hole 10 was his worst, where he went OB for a double.

In the 2nd round he escaped from trouble on the 8th having hit his tee shot into trees on the right. He had no direct line to the flag, so had to cut a 4 iron to front edge for a par.

Harry commented that he was delighted with his performance and he had been practising hard over the winter period, especially on those areas received from coaching at Yorkshire. He is now looking forward to the summer season and winning more competitions.

This has been a fantastic Championship, with some quality golf being played on a lovely golfing day, at a very well presented and tough golf course, Harrogate GC. I must thank all competitors for their participation in producing a truly competitive competition in a friendly and sporting manner.

Congratulations to Alex Fitzpatrick, our Boys’ Amateur Champion, on a fine display of managed golf. I am absolutely delighted for him, and he adds this title to his Yorkshire Under 16 Boys’ Championship, which he won in 2012. Also a sincere well played to Harry Mowl on winning the Neil Hardman Trophy for the lowest Under 16 score. Yorkshire Boys are in a great place at the moment and I am looking forward to a great season ahead. 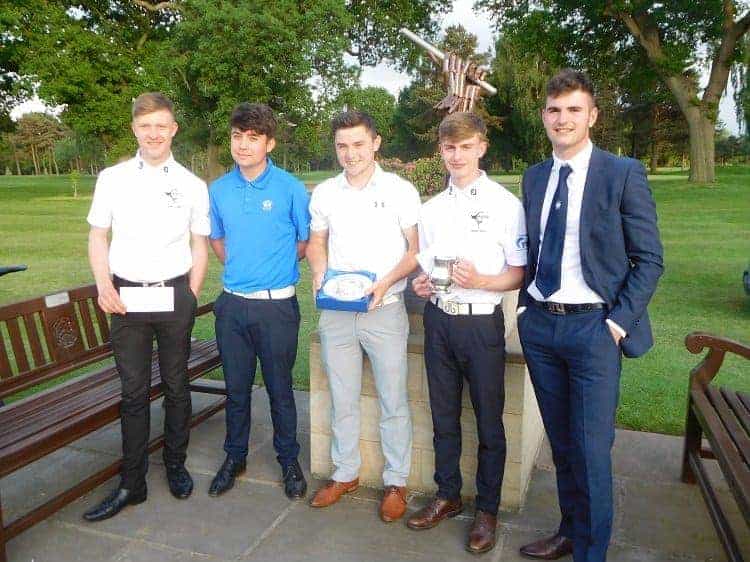