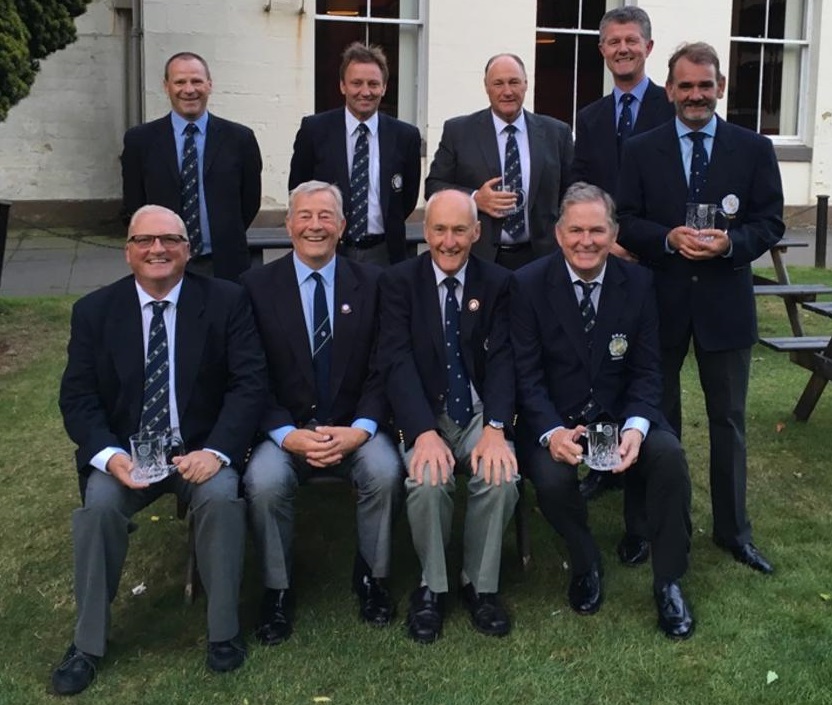 In appalling wet and windy conditions in the morning rounds Yorkshire dug in to record a team score of 382 with first man out Mark Lawson posting a creditable score of 75 followed by three scores of 77 from Clark, Cuthbert and King with the final score of 80 by Johnny Lawrence being discarded.

Lancashire were in the lead after an excellent first round score of 367 with Cheshire in second place with 376 and Yorkshire thrd on 382-15 shots adrift. The determination and spirit which the team have shown all year prevailed as first Mark Lawson posted an excellent 71 followed by 73 from Peter ward, 72 from both Ian Clarke and Andy King and 78 from Gary Cuthbert, which would be discarded.

With only the last two players from Lancashire and Yorkshire left to finish Lancashire had a 4 shot lead but Johnny Lawrence had found his form and posted the lowest score of the day 68 to win the Championship by 4 shots and enable Yorkshire to play in the England Senior County Finals at Goswick, Northumberland in October.

Yorkshire President Alastair Davidson and reserve player Johnathan Plaxton supported and encouraged the team all day and joined the team in the victory photo above.