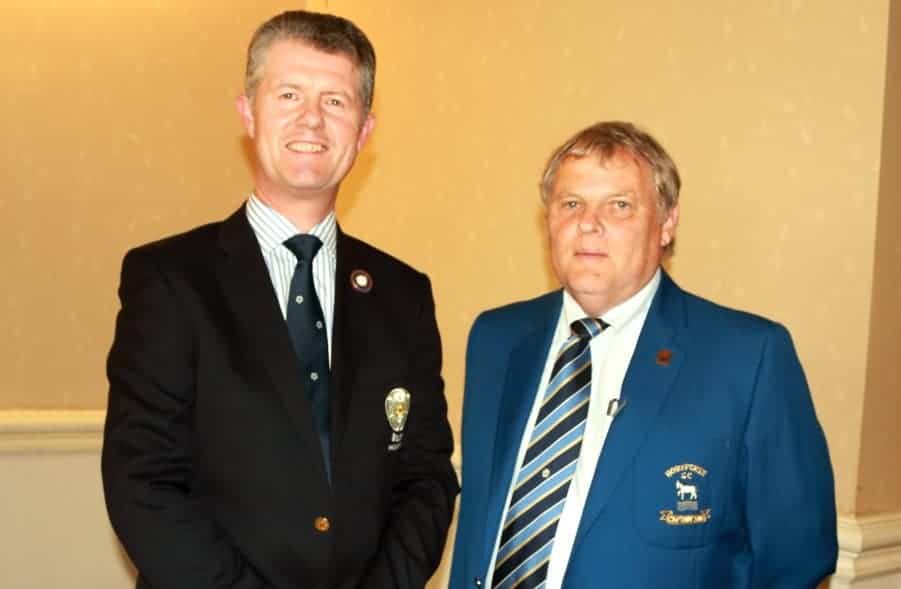 Despite a chilly and breezy day, the County Members Seniors set a hot pace at Horsforth in the first Seniors meeting of 2016.

Horsforth Golf Club hosted the event and attracted 136 Senior County Members and, although it was a relatively cold day for June, the rain held off and the later starters completed their rounds in bright sunshine.

Early starters Messrs Wilkins and Barrett, of Sandburn Hall, led for most of the day, after carding a remarkable 45 points, and were clear leaders over the rest of the field.

Their score was even more remarkable, given the mental turmoil they must have endured, as one of the pair managed to arrive at the club without any golf clubs! and had to phone his wife and ask her to dash over with them in time for him to get to the first tee. So much for mental and physical preparation being prescribed by the pundits as a pre-requisite for shooting a good score!

As the day progressed, there were gasps of disbelief as each finishing golfer viewed their score on the leaderboard. No one expected their score to be overtaken.

That was until an even more remarkable back nine of 27 points by Hessle and Cave duo, Messrs Illingworth and Stevenson, was returned late in the day, which, when added to their more “human” score of 18 points on the front nine, added up to another 45 points.

Needless to say, their 45 points won on countback!

The Horsforth Captain, Mr Mike Allan remarked that such scoring was unheard of at the club, given that it is the front nine which is supposed to be easier!

Overall, 41 points was needed to finish on the “podium”

The County Members’ SEN1 winners, Messrs Stevenson and Illingworth being presented with their trophy by the YUGC President, Mr Jonathan Plaxton

The President of the Yorkshire Union, Mr Jonathan Plaxton, presented the prizes and thanked Horsforth G.C. for an excellently prepared course, and thanked their members for allowing the YUGC to use their course.

The Horsforth Captain, Mt Mike Allan, said how delighted the club were at being chosen as hosts by the Yorkshire Union.

You can see all of the results by clicking SEN1 Results

There are more pictures on the image slideshow below.